An Interesting Fact About the German Language 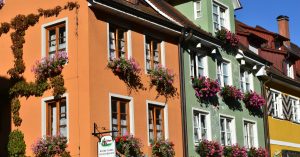 Language connects people. It helps to share your ideas, thoughts, and innovations with people across the world. However, the same tool that helps connect might work as a barrier when the language that you speak differs from that of your audience. So, how do you get your ideas across? How do get the essence of your product or service through to a new market and a new audience that speaks a different language?

Every Language is Attached to a Culture

Each and every language has its own special way of creating the emotional and cultural connection that rules a person’s decision-making skills. The only way to benefit from this is by using their language in the way that they know it. This brings us to an interesting fact about Germany.

The German Language is Not Just German

German is not only the official language of Germany, but also of its neighboring countries – Austria, Liechtenstein, and Switzerland. It is also a minority language in a few other countries like Luxembourg, Brazil, Argentina, and Belgium. It’s a first language to about 105 million people and a second language to another 80 million. As such, it is indeed an important language if you are planning to expand into any of these countries.

So, having your brand’s message translated into German effectively gives you exposure to not just one country, but also to six or eight other countries. However, just like a language differs in dialects, idioms, and word usage from one part of the country to another, so does German differ in its usage when it comes to these different countries. That said, it would definitely be a good idea to translate your brand message into the German specific to each of these nations.

Connecting to Millions by Using the Three German Variants

The three variants of German that are mostly used in Germany, Switzerland, and Austria, are:

When trying to get a general piece of information across, it is fine to use the standard German language which is well understood by the German-speaking population around the world. However, businesses that really want to expand and create a connection with the local people in a German-speaking country need to make an extra effort to also incorporate the subtle differences and sensibilities that define that particular culture.

Small things really matter. For instance, Austrians and Swiss aged over forty do not like to be addressed by their first names in email communications. They prefer to be more formally addressed by their titles instead. Similarly, the youth in the country will tend to follow or be moved by any word or phrase that is trending, so crafting your message using that word or phrase will have a positive effect on that section of the population.

How Different are the Three Standards?

Even though the script is the same, there are subtle differences between the three standards. For instance, Swiss Standard German uses ‘ss’ instead of the ‘ß’ of German Standard German. Communication that does not honor these simple but obvious differences might appear to be only a half-hearted translation effort.

Why You Need a Professional Translation Service

In order to seamlessly use the appropriate type of German, you need a translation service that fully understands the differences between the variants of the language. By using Localize you can be assured that your message will be conveyed to your target audience in the way that they will best understand it.